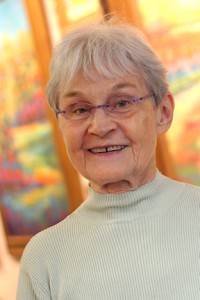 Now is the time. Mary Grace Brown, owner of Brown’s Fine Art and Framing says Fondren is ripe for growth. She should know: she’s been here for 46 years and has seen the neighborhood on the climb. “The future is going to be big in Fondren”, the 81 year old West Jackson native says. Brown, who opened Brown’s Framing on State Street in 1965 has seen the neighborhood landscape change over the years and credits the medical community for its sustainability. “Their expansion and adding on has helped us stay viable”. To that end, the future Mississippi Medical Corridor spanning Woodrow Wilson from I-55 to I-220 is promising in her mind. “It’s about to explode”.

As a teen growing up in West Jackson, Brown knew the meaning of hard work. Her parents kept her busy in their Gallatin Street grocery store. And she says it’s that work ethic that young people need to be successful in Fondren. “It’s not going to happen overnight”, she tells us, “but it’s a great time to start a business”. Brown says the economy that has been a factor in bigger cities has not affected Jackson the same and entrepreneurs are smart to act now to take this area forward for the next generation.

Brown’s children vowed to never work the family business but son Joel and daughter Allison are both part of the operation, now located on Fondren Place, the home of Brown’s since 1983. The decision to add art to the mix was one of necessity. “You had to buy art from a furniture store if you wanted it back when we started”, she says. Brown loves recalling the stories of her own business but is quick to change the subject to the future. “Fondren is ripe for young people. It’s laid out and waiting for them. This”, she says, “is the place to do it”.