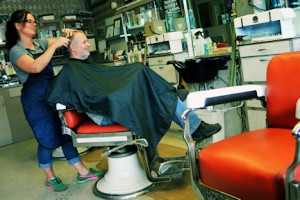 You don’t have to look far in Fondren to recognize that the community’s entrepreneurial spirit remains alive and well. New businesses have opened and existing businesses have taken on new life. Bob’s Custom Hair Design has new ownership and expanded services with the arrival of Elisa Acey. Second Time Around, a new consignment shop, has opened in the Strip. TheÂ architectural firm ofÂ Weir + Boerner on the main level of the Fondren Corner building has expanded its footprint. The Green Room has expanded beyond its line of “green” clothing to “green” furniture in the way of recycling used items. The Overbys have opened Fondren Cellars.Â  PAINT brings Annie Sloan chalk paint to Jackson. Cosmopolitan Cafe hasÂ expanded its lunch dining space. And now, McDade’s has completed its long awaited facelift. It is hard to believe that it is the same store. Congratulations to all of you as you each are contributing to keeping Fondren a delightful place to shop.

At the annual membership meeting of Fondren Association of Businesses (Fab) held this past September, new members were elected to two year terms on the board. Those elected are: David Allen, Michele Escude, J Fowlkes,Eddie Prosser and Khalid Jamileh. Since then, the full board has met and elected as officers for the coming year: David Waugh, president; Karen Moseley, vice president; Andee Hinton, secretary; and David Byrd, treasurer.