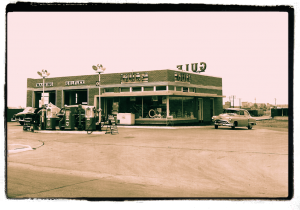 Nostalgia is cool. For a neighborhood that boasts Jackson’s only remaining soda fountain, add another blast from the past to the list: Randy Phillip’s BP Car Care and Service, Incorporated.

“A lot of folks may not realize we are over here”, Phillips says of his long time location at the corner of West Street and Woodrow Wilson. But the station, known in the past as Farmer’s Market Gulf and later, Farmer’s Market BP, is there — and has been for 63 years. “I know of three left in town, but we’re definitely the oldest”, the 55 year old says.

Randy Phillips took the business over from his dad and uncle, Opal Phillips and Alfred Phillips about 27 years ago, but he’s been working here for the better part of forty years. On the job training has made Phillips what he is in this industry and his takeover ‘didn’t happen over night’.Â 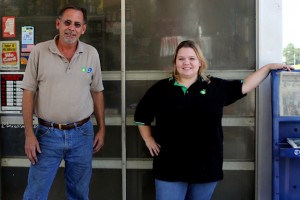 BP Car Care and Service is a reminder of days gone by, where driving over the cord sent a “ding ding” to the attendant inside who would check your oil, wash your windows and fill your tank with fuel. Phillips says that charm is bringing in a new generation of young people who don’t even know how to do basic auto maintenance. “While we have older customers who want someone to pump their gas, a lot of our traffic is young people who never learned what their parents did about cars”.

Phillips says they’re a one stop shop, offering tires, oil changes, fuel and even auto detailing for the busy driver”. He acknowledges his business is part of a seemingly dying breed, but as long as the demand is there — and these days, it seems to be – he is poised for the long haul. “What goes around comes around”.

Working with the public has been the highlight of Phillips’ career, knowing he is needed and helping customers. And being in Fondren excites him. “I hope we can cater to the neighborhood for many years to come”.