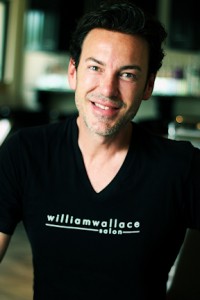 What do you do when Hollywood comes calling? If you are William Wallace Salon and S Moak Salon in Fondren, you ask ‘when and where do you want me’?! That was the opportunity presented to Suzanne Moak and Eddie Outlaw over the weekend as the cast of The Help came to Jackson for a benefit screening in Madison. Outlaw said this ten hour day was a ‘flattering’ experience made possible by word of mouth. “A client of Suzanne’s is a friend of (The Help Director) Tate Taylor and they were looking for a team”, he said. Outlaw’s cast included Justin McPherson and Amber Waller, while Moak had Paul Prine and Dustin King. King’s job of makeup and eyelashes was the one Outlaw said “allowed him to have a hand in helping each of the stars get ready”. 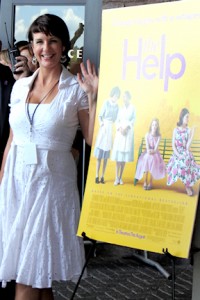 Outlaw’s responsibilities included taking care of Allison Janney who plays Charlotte Phelan in the film. “I’m high strung,” he said, “and so being off in a separate suite with her was calming.” And it allowed for more personal interaction. “After hair, Dustin came in to where I was with Ms. Janney and it was like old friends. We cut up, laughed, and shared Halloween pictures. The ‘Hollywood expectations’ dropped and it felt like old friends.”

And while skill and experience are important, Outlaw said one thing was ultimately responsible for the gig: community. “We so appreciate our customers and friends who tell their friends about us. We couldn’t do it without you”.

See how the styles looked! Click here for The Help premiere photos!