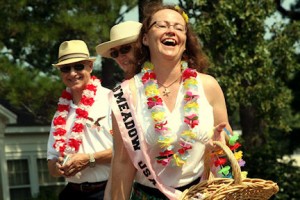 Remember a time when kids stayed out until the sounds of crickets and bullfrogs called them home? Lightning bugs lit up mason jars, and children played ball until they wore out the lawn. Neighbors visited on porches and sipped cool drinks in the sticky, southern summer or congregated around bonfires in the winter. Time was spent with family and friends … in the neighborhood.

The Broadmeadow Neighborhood of Jackson, Mississippi, is a unique place not so far removed from the stories of suburban utopia passed down from lawnchair to lawnchair. Located at the top of the historic Fondren district, Broadmeadow is the sublime stretch of land defined North and South by Northside Drive and Meadowbrook Road and and East and West by I-55 and State Street.

Homes in Broadmeadow date back to the early 1950’s and the neighborhood took shape as the World War II generation built homes and started their families. Several streetsÂ  in the Broadmeadow neighborhood were part of the original GI Subdivision. Land was plentiful, and many lots in the neighborhood still contain an acre or more of land. Tucked snuggly under a canopy of trees, Broadmeadow is home to good folks – diverse in race, age, and occupation. And like our gumbo… life in Broadmeadow provides residents with a spicy taste of southern Americana. 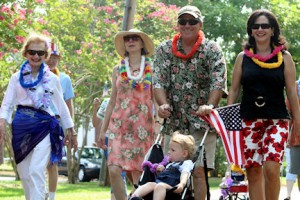 Created in 1999, the Broadmeadow Neighborhood Association (BNA) is a volunteer, non-dues paying, grassroots organization of neighbors. Born from a small group of residents and friends, the BNA was established to help bring neighbors together and to recreate the community spirit of a time when yellow lights meant slow down… not speed up! For more, visit topoffondren.com.