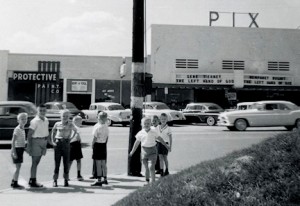 I was a kid when my parents opened Brown’s Frame Shop in a small space sandwiched between Campbell’s Bakery and the Universal Health Studio on North State Street in Fondren in September 1965. You could say I literally grew up on the streets and sidewalks of this now bustling business community. The Rogue and then Be-Bop were down at the end of the block by the Capri Theater, where my sister and I spent many an afternoon climbing staircases, watching movies and listening to music. We learned to drive in the parking lot behind our shop, we knocked on the walls to talk to Mr. Campbell of Campbell’s and we trekked to Brent’s and Walker’s for burgers and shakes.

Much has changed in Fondren, yet its unique charm remains intact, as evidenced by the interest generated from filming part of the movie “The Help” around Fondren in 2010. The greatest thing about Fondren lies in the fact that so many of the same places and people remain, but new, younger, trendy places can open up and fit right in. When we built our current location on Fondren Place across from the Post Office (the former Shakey’s Pizza Parlor), we dedicated our business to providing the finest artists and best custom framing to be found anywhere in the state. From that, we have gained national acclaim for our framing and worldwide attention for our Mississippi artists. Clients come from across the nation to visit us and discover Fondren is a jewel nestled in the heart of our city that offers shoppers and diners an experience all of us can be proud of.