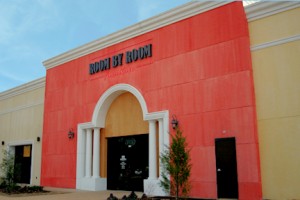 Thank heavens for competition. It was that very unpredictable market force that drove Ali, Khalid and Mohammed Jamila out of the wireless business and into the business of new life. The trio of brothers is credited with sinking resources and vision into the northern Fondren area and bringing back to life Meadowbrook Road. The owners of Meadowbrook Plaza and Fondren Plaza on North State Street say they took a chance when they took action on a blighted area. “We were in cell phone repair and service across the street,” Ali Jamila says, “and the industry went crazy.” In the world of AT&T and Verizon, the Jamilas switched gears and found real estate to be an attention getter.Â  Ali has his masters in business from JSU, while Khalid went into business after time at USM. Brother Mohammed, who Ali credits with the construction side of their venture, “made the whole thing work.” “Without him,” Ali says, “this all would have been impossible.”

But what does “this” entail? The trio built Fondren Plaza and had it leased before it ever opened. As property around them fell into disrepair, the Jamilas realized it was bad for their bottom line. The property north of them, once owned by the Primos family and, more recently, by Issac Byrd, became available and a deal was brokered. The 30 year Jackson veterans began renovation in 2007 and finished in early 2010. “We decided to risk it,” Ali says, “and hoped that it would motivate others to do the same.” Ali adds that it is an investment and that he and his brothers knew there was a need.

A big part of the property is Room by Room Furniture, an independent store with a big sounding name. “We get asked if we are national allthe time,” Khalid says, “and it makes us feel good.” He tells us, with low overhead as landlord tenants, Room by Room is able to offer the same name brand furniture at much lower prices. Public response has been good and that their customers love that there is a furniture store in their neighborhood again. “We’re your neighbors,” Khalid says, “and we’ll work with you.” Jamila hopes that the brand expands to other Jackson locations, and who knows, a nationwide audience.