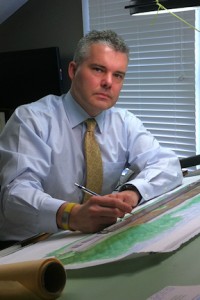 Before the neighborhood became what it is today, architect Jeff Seabold loved Fondren. So much so, he wrote his architectural school thesis on the subject. And late last year, the 36 year old Belhaven resident uprooted his Seabold Architectural Studio for a move to Jackson’s hippest neighborhood. The chairman for Mississippi’s chapter of the U.S. Green Building Council and past Leadership in Environmental Engineering and Design initiative (LEED) advocate for the state, Seabold says his second floor digs in the yellow Fondren house on State Street afford him “the best view in town.” When asked what it is about Fondren he loves, he points to the urban sustainability of the area. Seabold says there’s no other neighborhood in the metro — or the state for that matter — where you find shopping, dining, and living, all within walking distance. And, he says, “15 of the greatest restaurants in Jackson.” No other neighborhood, he adds, can “wave that flag.”

A central location to work, home, and schools made Seabold settle here professionally. His firm offers residential and light commercial design services and caters to the tastes of its clients. “We are open ended,” he tells us. “But it does help that Fondren promotes my design model with the ability to demonstrate what responsible design looks like.” His current project is a new sustainable residence in north east Jackson. Personally, Fondren is his training ground. An avid runner, he says he appreciates the challenges of the hills to build strength and the accommodating nature of the business community who will usually offer a cold cup to a thirsty athlete. It’s a winning combination for Seabold who says “no other neighborhood holds a candle to what we have here.”