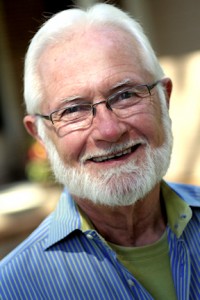 Just ask Buddy Graham to put the brakes on and he won’t even be able to find the pedal. That’s the sentiment the 70 yearÂ  old shares as he describes his passion for Jackson, and most importantly, Fondren. Having graduated from Tupelo High School, the then Auburn junior sought a summer job in his family’s new home town of Jackson in 1961. A new Fondren business had opened that same year and Graham says the door opened for him — with Navarro McLean. he returned to that same employer after graduation in 1963 and closed the business in 2009 – as owner. Graham says he was turned on to the potential of the Fondren area in the 90’s, serving almost non-stop on boards of the early Fondren North Renaissance and then Fondren Renaissance Renewal. He also served two consecutive terms as president of the hybrid of those two organizations – Fondren Renaissance Foundation. Graham also serves as moderator of precinct 4’s COPS, a group that promotes citizen action in association with local civic and government organizations.